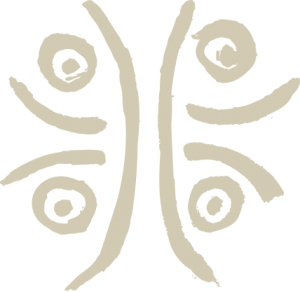 Aims of the research application

From this continuously increasing body of data, new evidence is available both on the production workshops of specific categories of pottery, revealing local production in a variety of localities in the Mediterranean, and on the diffusion in various areas of pottery categories for which either the center(s) of production is/are known, or their origin is connected to a wider geographical area. The sheer volume of the published material makes its gathering and assessment by researchers rather difficult. This results in numerous studies where the primary material is presented, but only a little effort is then made to give a collective overview of the pottery of a specific period in Byzantine history or a specific area, one which would be using all the available published data, clearly displaying the range of diffusion, and presenting the relevant comparative material. Such efforts, however, if made, would lead to valuable synthetic results.

The collection of the aforementioned material through systematic indexing of the publications would offer the research community a useful tool. It could easily and directly provide data both on the categories of pottery and the range of its diffusion, and also on specific geographical positions and the characteristics of the pottery found there. This in turn would assist: a) the effort to reconstruct the communication between various places, b) the investigation of the variation of the trade networks through the passing of the centuries and the change of political and historical conditions, and c) the shedding of light on the characteristics of pottery found in each position. Naturally, such an attempt is highly complicated and would demand a long and strenuous effort, because the objects under study are numerous, and many issues are raised concerning the assessment and presentation of the existing data. Moreover, the degree of presentation, analysis and commenting on the data is quite different from publication to publication, and a multi-level reading of the data is often not attempted.

Within this framework, a first pilot sample was created, which can be accessed openly on the web, so that the relative data can be directly and easily retrieved together with the corresponding bibliography. The topic was initially studied as sub-project 2.7 of the project “Convex Grids. Networks of economy, power and knowledge in the Hellenic space from prehistoric times to the modern era. Detailed documentation – interpretive mapping – synthetic approaches”. Starting from two case-studies, the areas of the Peloponnese and Crete, it collects the relative published material of imported pottery in the two regions[1], presenting the data with the use of maps. The upgraded version offered here includes updated bibliographic references after re-checking existing records and so enriching the data. At the same time, and principally, it offers the user the possibility of the digital maps that have been created to be able to depict by location and by the various categories of imported ceramics that have been found in it, i.e. one may search on the individual category of ceramics (e.g. Late Roman type amphora 1), and not just by the general term amphorae at one location, as in the previous application. In the above ways, the user can directly detect the dispersion of specific categories of pottery in individual locations and also draw comparisons.

The project aims at presenting: a) on a first level, the variety of pottery categories found in specific areas, and b) on a second level, the contacts between these and other sites in the eastern and western Mediterranean, even with sites within the Peloponnese or Crete, and their changes throughout the centuries. Finally, the project gives us the opportunity to study, in parallel, the capabilities and limits of such an approach. Two main components are stressed: the genre, i.e. the ceramic object itself, and the geographical location. The fluctuations and changes observed from the 4th century until the 15th/16th are presented without privileging any one period. In this way, emphasis is placed on physical and geographical space, where human activity takes place, presenting the particularities of a specific area and the various locations within it. In this aspect, this project is different than other efforts of non-digital mapping[2], which are focused on the study of the categories of Byzantine pottery in areas within the Mediterranean, with locality being subordinated to genre