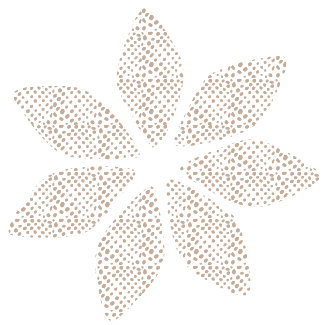 From the plethora of data able to be indexed derives a multitude of information on the imported categories of pottery in areas of the Peloponnese and Crete from the 4th century until the 15th or even the 16th centuries. The indexing of this material has shown that apart from the area of Ancient Corinth, which monopolizes the interest of researchers because of the many systematically published findings from regular organized excavations that have been for many years undertaken by the American School of Classical Studies, many other sites are also presented. These have produced findings from all periods of Byzantine history, including the so-called ‘transitional’ period, or “dark ages”, of Byzantium. Individual sites, smaller or larger in area, have produced many and important finds from surface survey research in these places, such as the surroundings of Sikyon, Methana, Asea, Berbati, Sparta, Pylos, etc. Their mapping offers an overall image of the pottery available not only in one particular site with – say – a developed urban character, but also in the environs around it, portraying the particular characteristics for each area. Thus, it favors the drawing of more detailed (and not merely superficial, as in most cases) conclusions about the communication patterns between more or less neighboring locales. This research applies to the whole Byzantine period, from the early Byzantine period to the 15th century. This allows researchers to have access to a mass of data, from which, depending on the question, they can tease out useful information on the changes in circulation of imported pottery throughout the centuries.

Thus, many of the initial desired aims appear to have been achieved to a quite satisfactory level. This work presents the role of sites in the Peloponnese and Crete both in international trade, a topic which has been in the spotlight of research until recently, and, most importantly, in the regional equivalent, and especially right down to small-scale local trade between mostly Peloponnesian sites. This viewpoint had not been adequately appreciated until today, mainly because of the lack of systematic indexing of the data. Furthermore, the data presented highlights the important position of the Peloponnese and Crete as a whole, as well as by individual areas, in international and regional trade during the early Byzantine period, for which we yet lack synthetic overviews. In contrast, related efforts have been made concerning the respective place of the Peloponnese during Latin rule[1]. The project results also highlight the dispersion of imported pottery into inaccessible locations. The changes in the zones from which pottery was imported to the Peloponnese and Crete, a result too of the different historical conditions during the centuries under study here, are depicted. For example, the contacts with sites in North Africa and the shores of Asia Minor during the early Byzantine period are replaced by contacts with sites in the Italian peninsula during the first centuries of Latin rule. Thus, the material can lead to a deeper appreciation of the collected bibliography, in turn leading to developing yet more synthetic approaches.