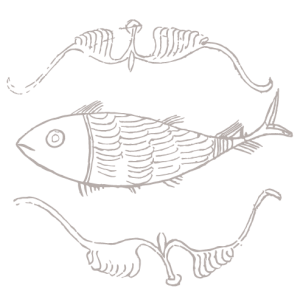 Analog and digital mapping efforts for the dispersion of ceramics

At this point, it is important to observe that after 1930 there were many efforts made to produce a non-digital map of the sites in the eastern Mediterranean where Byzantine pottery has been found. The goal was to depict in more detail the diffusion of a specific category or type of pottery[1]. The use of maps for the illustration of data and the better understanding of pottery diffusion was chosen because it has the advantage of clearly showing the areas of the main circulation of specific products, and the existence or not of any supplementary contemporary products in specific areas: the data is presented in an expressive way. The main advantage, though, by depicting the data on a map is that the boundaries of the research so far and the particular approach followed become clear; the inequalities of the representation of certain areas are demonstrated, and new questions arise, which future research must face[2]. Other advantages include the easy-to-read presentation of the diffusion of a particular category of pottery in each area, and, as a result, the differentiations in the categories of pottery found there depending on the period; also they demonstrate the size and importance of certain areas of pottery production through the depiction of the diffusion of its products. The maps also offer a better chance to detect the parallel presence in the same locations of contemporary products (such as ”Zeuxippus Ware” and ”Aegean Ware”), opening up the possibility of a common network for the diffusion of certain products[3]. On a second level, the maps can offer a better insight as to which consumers certain productions were targeted, and bring out the special character certain sites possibly had (important urban centers, military or monastic settlements, forts, villages, etc.)[4]. Essentially, through the systematization of the mapping, more answers will be available for most of the basic desiderata in the study of pottery, and not only for the trade routes per se.

Of course, the method has its limitations, which derive from the parameters of archaeological research: a) the difficulty to depict quantitative data across the board, b) the unevenness in the number of areas represented by each geographical zone, and c) the origin of the data being almost completely from consuming centers and not from production centers. Despite all this, its systematic use produces a rich database. When the data related to the dissemination of specific productions is combined with data retrieved from political and economic history, i.e. when they are interpreted together, then these dissemination patterns and the role of specific sites or groups of people in them can be profitably studied[5].

As a modern method of mapping, digital maps lead to an interactive infrastructure with many advantages over the non-digital. The digital online application allows the user to apply two main surf or search criteria (place/time and/or category of pottery), with the broad and changing story being visually reflected on the maps; it is quite difficult to effectually present each location and the characteristics of its pottery on a static non-digital map. There is present also further information on the secondary sources, from where the data appearing in the interactive maps emerged. The use of geographical information systems produces a map portraying the natural terrain as a secure basis onto which other variables can be searched and added[6]. As a result, the basic characteristics of each site, such as neighboring natural resources or other linked locations, may be observed. Behind the interface, the data resides in a database easily accessible for updates, corrections or additions. Thus, digital infrastructure is more versatile and offers many levels of research and information

[2] On the importance of maps, see typically: B. Fuerst-Bjeliš, “Imaging the Past: Cartography and Multicultural Realities of Croatian Borderlands”, in: C. Bateira (ed.), Cartography – A Tool for Spatial Analysis, Rijeka 2012, 295-296.

[3] For more details on the mapping of data and its use in the study of Byzantine pottery, see Yangaki, “Παρατηρήσεις στη μεθοδολογία”, 184-195.